You are here:
Editorials “You know what would really make this game perfect? Running around for hours after the credits have rolled, picking up all the bits of junk I missed the first time around. And you know what would be great? If someone would take a big hard dump all over my doorstep by way of reward.” – Nobody Ever.

Let’s take a tentative stroll down memory lane, shall we? Twenty years ago, give or take, collectibles were an integral part of the gaming formula; even as far back as Pacman, items were collected for the game to actually work. This idea was revolutionised in games like Mario 64, wherein the collectibles were earned in order to unlock new areas and continue with the story. And it worked; games like Spyro the Dragon and Jak and Daxter would continue to pay homage to this system for many years after. Thus, collectibles had some value, and they were an important part of the experience. What they weren’t used for was padding out the play time by bludgeoning completionists into spending days locked indoors, vainly trying to hunt down that elusive final piece of bum fluff. 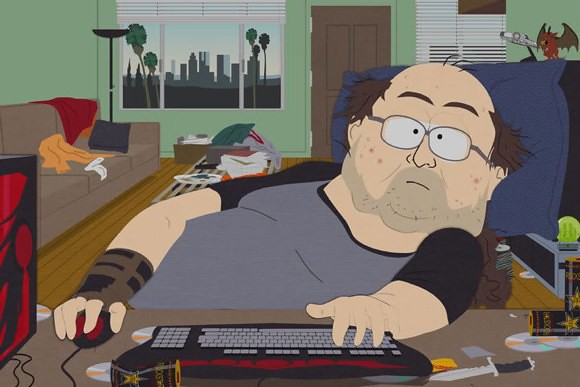 The worst part is, I was exactly the kind of person who fell for it, every single time. I don’t know what it was, but if I thought even for a moment that there was going to be a cool pay-off, I’d grit my teeth, reach for the energy drink, and get collecting. But alas, that was many years ago. Since then, I’ve been burned too many times, and the compulsion to seek out all the miscellaneous odds and sods has become one I rarely follow through with anymore.

I’m looking at you, Assassin’s Creed. I see you, lurking in that alleyway, tempting naive young gamers into finding your endless list of rubbish. I know how you work; give them the first one for free, then once they’re hooked, they’re all yours. I spent many hours barreling around renaissance Italy because of you, trying to find all of those bloody feathers, and in exchange for my precious time I received a cape. One that made guards attack me on sight. Thanks a bunch.

My point is, if you’re going to make me collect a metric shit-ton of flags, memories, doodads, and maguffins, then at least make me pleased to have spent valuable portions of my life earning it. Don’t reward me with a useless item or a skin that’s been recycled from an older game; there has to be some gold at the end of the rainbow, not just a generic achievement and a crappy prize. If I’d known that going in, I could have done something actually useful with my time, like writing a novel, volunteering at a soup kitchen, or chasing ducks away from the bread that they covet so badly.

But Assassins Creed is not the only game guilty of these crimes – Grand Theft Auto is another name that springs to mind. Initially, Rockstar had the whole formula nailed; in Vice City there were one hundred hidden packages littering the flamboyantly coloured streets, crack dens and donut shops, and with every ten collected, the player was awarded a new gun or vehicle. Then, somehow, they managed to lose their way. They had it, but let it slip right through their magnificent fingers. In GTA IV, hidden packages were replaced with two hundred pigeons that needed to be murdered in order to achieve 100%. Your reward? A helicopter, one that can be found elsewhere on the map with relative ease. And not forgetting of course, the chance to boast to your friends about how good you are at committing virtual avicide. 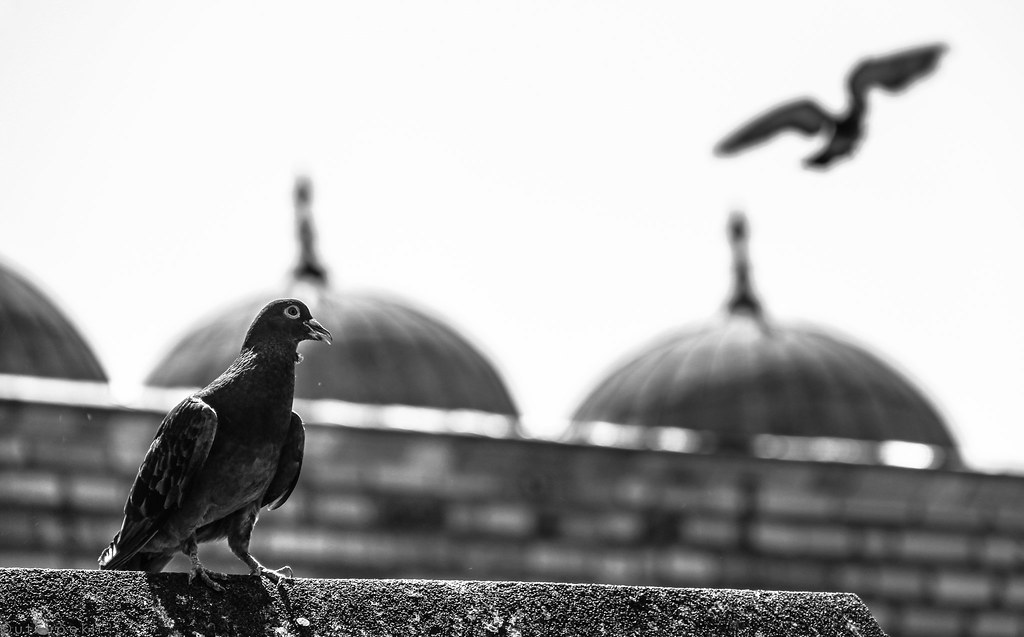 Indeed, Rockstar took this to an ultimate new low in GTA V by reimbursing players that spent days scouring the bottom of the ocean for collectibles, in the painfully slow submarine, with nothing more than 10 dollars. For those that haven’t played the game; this is the sort of cash you can expect to find lying around on the floor. Especially a floor littered with the victims of your latest drive across town.

There are games that are capable of doing this well though; titles such as Fallout, Crackdown and Infamous all feature a whole load of collectible bits and pieces that, whilst they can be happily ignored, often give the character bonuses or boosts, and so are capable of changing the way the game can be played, thereby satisfying the players who go out of their way to find them.

You’ll have noticed that, so far, all my examples have been rooted in sandbox games, but let’s not forget the more linear titles that are also responsible for hours spent inspecting every inch of the map. In terms of what they add to the game, they tend to be slightly more novel, usually giving additional information or unlocking cheats and concept art, but even so, some action games still fall foul of including them for no reason.

Arguably, they’re actually capable of upsetting the pacing of a game, particularly in titles that rely on a fast, punchy narrative to keep the player interested. The Uncharted series, for example, propels players through the most incredible set pieces, and forces them into intense gunfights, making them feel every bit the action hero… 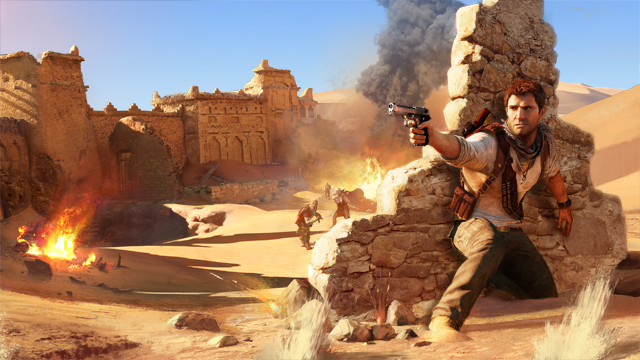 …Unless of course, you’re like me, in which case the time between these high octane bouts is punctuated by a thorough examination of the local plant life, just in case there’s a relic nestled behind that fern. I understand that it could be seen as an opportunity for developers to show off the levels that they worked so hard on; work that would normally go unseen in favour of continuing the story, but if it’s something that can easily be ignored, and it adds nothing of note, then you have to wonder if they did it just to keep you playing.

But, fortunately for us, there are some developers intelligent enough to recognise this, and instead use the collectibles as a way of adding depth to the experience as a whole. Bioshock does this brilliantly with its audio logs that flesh out the story without shoving it down the player’s throat. The Last of Us also has items that when found, shed a bit more light on the nature of the characters, or the plight of people you don’t even necessarily meet. Regardless, it gives exploration a meaning, and ultimately adds layers to a game that a bunch of random pickups could never hope to do.

So, do collectibles have a place in future gaming? Yes, they do. Much like the gang of squatters living in my attic, they’re here to stay, and short of simply ignoring them, there’s not a lot anyone can really do about it. The fact is, collectibles are something we often expect from games, and so it’s really up to the developers as to how well they are integrated; at the end of the day, they need to be treated as part of the game, rather than as a simple throwaway addition to it.

That said, there is one game with a smile cheeky enough to dodge my ire, and that’s Deadly Premonition. Among other things (such as ugly suits) it features a completely pointless set of trading cards to collect which, similar to the rest of the game, are insane. Hot on the heels of meeting a character named ‘Freckly Gina’ (she has freckles you see), I found a card entitled ‘Gina’s Sponge’, that simply read, “When Gina washes cars, she uses her favourite sponge. However, since she doesn’t really wipe with it, it really isn’t of much use.” 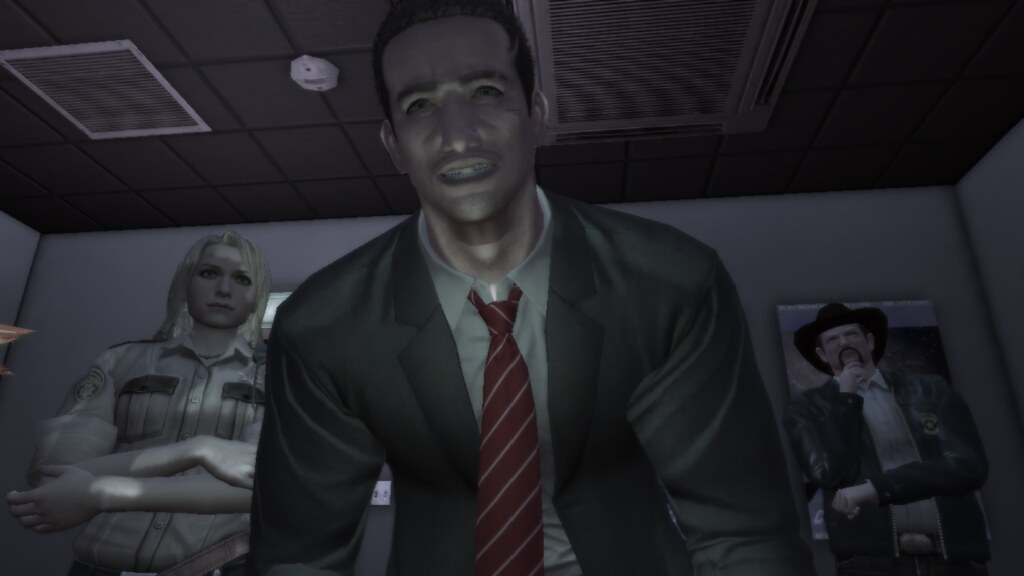