Overcast – Walden and the Werewolf Review

You are here:
Indie SpacePC ReviewReviews

I love the indie scene. I love the ambition of the indie scene and its trying to revive (though did it ever really die on PC?) the horror genre, namely with titles such as Penumbra, Amnesia, Lone Survivor, Slender and Outlast. It seems the industry as a whole is doing a great job at offering quality releases in a genre that has been lacking in the AAA space, and doing so at a price point much less than your average, mass-marketed release. And they are doing well at it. That said, not all of these games are going to be success stories. Sometimes games just don’t do enough to be competitive in this market and simply don’t justify even their low price point. Overcast – Walter and the Werewolf, sadly, is one of those games. While I appreciate the fact that this title is the work of an incredibly small studio, the game just doesn’t hold its own against other similarly priced offerings. The game is serviceable at best, simply bad at worst and ,well, there’s really nothing there for me to make even a weak recommendation.

Overcast follows protagonist, Walden. A hermit of a hunter who, after being violently attacked and almost killed by a group of assassins, locked himself away in his cabin for years. Well, out of the blue the hunter decides to finally leave the sanctity of his cabin and go for a walk. The sky suddenly goes dark, his town is burnt to the ground and now . . . REVENGE!  Here’s where our ahem . . . adventure begins. Throughout the game players are tasked with little more than recovering keys in order to progress through previously blocked off areas, all the while fending off shockingly non-frightening enemies with poorly coded ai via their singular weapon in the game, a rifle.

Despite being the only weapon in the game, the shooting mechanics feel rather weightless and floaty and even the one shot allowance that the gun provides; something that could have made for an interesting gameplay dynamic, leaves the players doing little more than backing up on and circle-strafing their enemies until they are finally able to gun them down. That’s if you don’t happen to get lost while trying to navigate the poorly designed maps that make up the bulk of this game. Players are provided with a mini-map in order to help navigate through the game world. This is less a pleasantry, more a necessity. The maps were designed in such a way that you question if they were even designed at all, not just thrown together at random with a designated beginning and end thrown in afterward. The map design can be so random at time that even a bright green arrow is needed in order to indicate to the player where the end of certain levels are to be found. Not only does this serve to strip away any sense of atmosphere the game is potentially still latching onto, but it also serves to address the idea that perhaps the designers themselves were well aware of the overall poor design of many of the game’s levels.

If this review seems rather general, well, it is. There is little about this title to really go in-depth about. The writing is glaringly mediocre, the gunplay is not varied in the slightest though what is on offer is rather mediocre, the map designs are terrible, there is virtually nothing warranting the term “horror” to be found and even then the game can be completed in about an hour. The whole experience plays like a sort of demo of a pre-alpha build for a game still in development . . . not a retail release. Even at a ten dollar price tag this game just has nothing there to warrant people’s time or money. 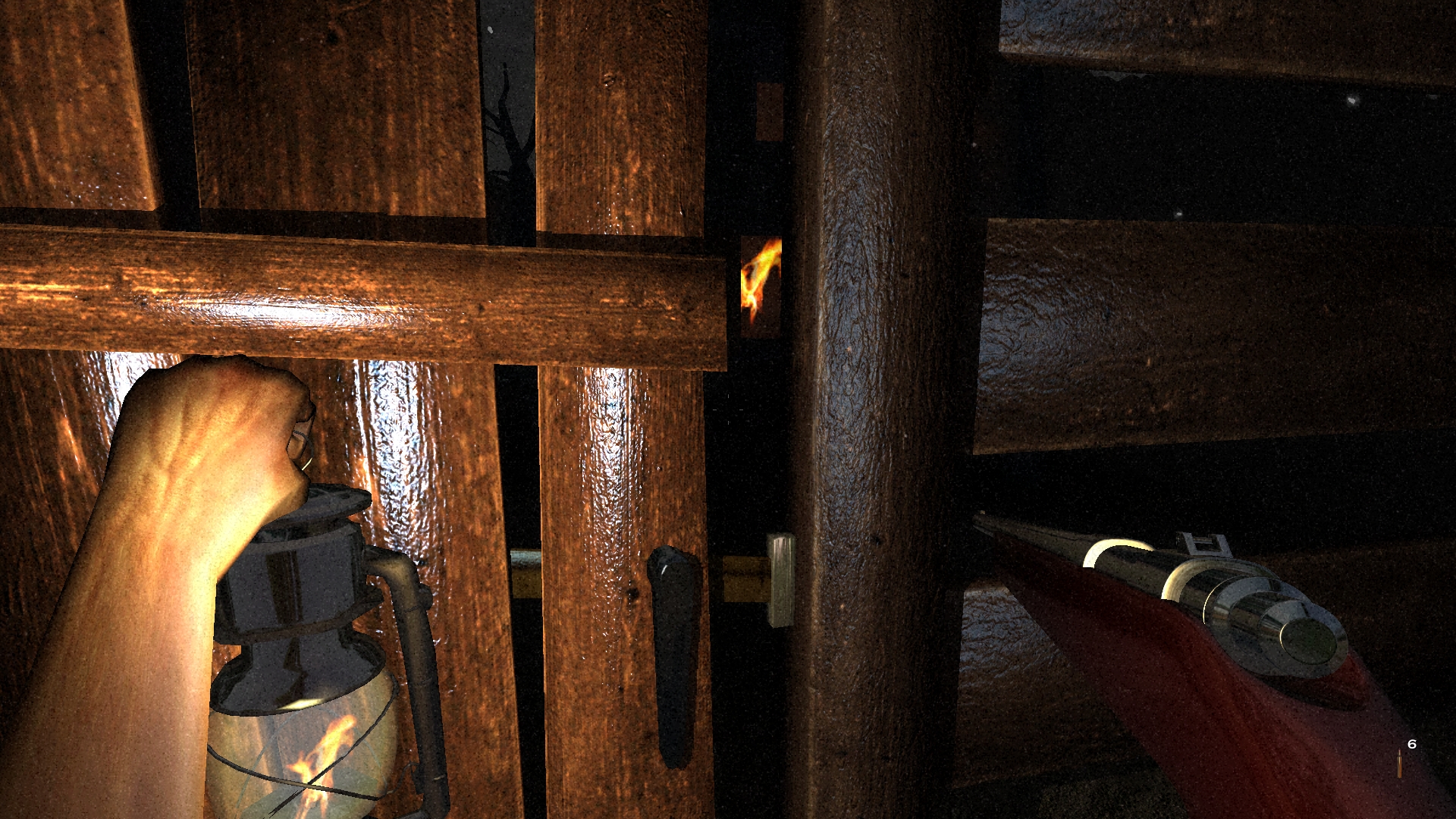 The only noteworthy aspect of this game, in my opinion, would be the music and sound design. The soundtrack, while small in overall tracks, are incredibly well done and serve as a nice background to the game itself. Whereas most of the sound effects, from the firing of your rifle to the ambient noise in the background, are all rather well done. It’s not saying all that much when the best aspect of your game is the sound design but, hey, I give credit where credit is due.

Overcast is an amateur attempt at a horror game that does justice to neither of those descriptors. The game certainly isn’t scary, nor is it a solid game in general. Even at its low price range, the content just isn’t there. I appreciate the attempt from such a small group, but when you put a price on your title and let it loose to the public, you are welcoming potential criticism such as this.