Call of Duty: Black Ops 2 will be set in the near future according the game’s official website, which has gone live ahead of the game’s reveal later today. According to the site, Black Ops 2 will push “the boundaries of what fans have come to expect from the record-setting entertainment franchise” and “propels players into a near future, 21st Century Cold War, where technology and weapons have converged to create a new generation of warfare.” 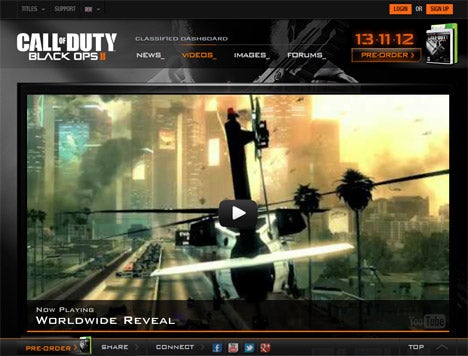 The first trailer, due to debut around 6.30pm PST / 2.30am BST, is teased on the site with a screenshot showing a helicopter flying over a war-torn city – most likely Los Angeles, according toanother image on the site – with smoke billowing from skyscrapers. A caption for a greyed-out picture also highlights a Quadrotor screenshot, but no other information is currently available.